The remote Greek island that lures visitors with sleepy villages, spiritual havens, turquoise beaches, and lush nature, Patmos is probably the next big thing in luxury tourism. But it’s more than worldly pleasures the heavenly Dodecanese has to offer. Mentioned in the Bible’s Book of Revelation, Patmos is flocked by those who feel like they’ve got some soul searching to do. Intertwined with every important story of humanity, this dreamy island was the location where apostle John wrote the apocalyptic text of the Holy Book, after being exiled by the Roman Emperor Titus Flavius Domitianus in 95 AC.

Today, Patmos is a part of Christian pilgrimage and has several sights important to the religious community, like the Cave of the Apocalypse, where John received his visions from Jesus, and several monasteries devoted to his worship.

According to Greek mythology, the island was born with some divine intervention from the goddess Artemis. And truly, there is something divine about this northern Dodecanese - from the serene and peaceful churches, yacht studded port, and high-society restaurants, Patmos has something to offer for every type of visitor.

Praised by the Forbes magazine as “Europe's most idyllic place to live”, this breathtaking Greek destination offers a unique blend of nature, culture, and history.

The only problem is - you might never want to go back home.

Best Places To Visit In Patmos

The capital of the island is a fairy tale city full of contrast. The traditional whitewashed Aegean-style houses clash with the elegant mansions built during the renaissance, the impressive 11th-century Monastery of Saint John the Theologian, around which the settlement is built, adds an unmistakable character. The maze of old cobblestone streets homes some of the trendiest cafes with hip crowds, while in the Cave of the Apocalypse quietly sits on the mountain, midway to the monastery, and tells the story of Armageddon. Come here to see John’s resting place, where he used a rock as a pillow when he heard the voice of God.

The windmills, two of which date to 1588, are a picturesque site from which you’ll enjoy enchanting views of the city, while the Rock of Kalikatsou serves as a reminder that nature is the greatest artist on Earth, with an endless talent for sculpting.

All these curiosities make Chora a bucket list destination that dazzles people from all walks of life. Along with the monastery, the cave has been proclaimed a UNESCO World Heritage Site, full of mosaics depicting the story of the revelation. If you have some extra time on your hands, pay a visit to the Folklore Museum, located in the old mansion that belongs to one of the town’s most influential families. You’ll see displays that tell the story of the island’s rich traditions and customs, with artifacts that date back to the 14th century AD.

Although Chora (sometimes referred to as Hora) is a town of endless historical and religious importance, that doesn’t mean your day ends when museums and monasteries close their shutters. Agia Levies square has several upscale bars that serve cocktails and play modern beats late into the night that attracts the affluent elites who come to let their hair down after an eventful day.

The largest settlement and home to some of the most intriguing sunsets, Skala is built around a scenic port, with whitewashed houses sprinkled on a verdant hill gleaming in the distance. Just 5km from Chora, this elegant port town is a perfect place to drop your anchor for a few days during your luxury charter cruise. The culture vultures will want to visit the 17th century Church of Agia Paraskevi of Cavo, from which you’ll enjoy panoramic views of the town, and the whitewashed Monastery of Zoodochos Pigi, built on pine forests of a mountain’s slope, that had vast importance in Greek modern history. Ancient ruins of an acropolis and the church of Panagia Koumana, with its verdant nature and captivating architecture, might spark your interest as well.

A walk around the yacht-studded waterfront will make you stumble across several chic shops, selling everything from gourmet delicacies to high fashion. Kapopoulos Fine Arts is a treat for any interior decor aficionado who’ll find their next art deal or furniture in this Vogue-worthy concept shop.

Going strong since the 70s, the iconic Arion Cafe-Bar often gets mistaken for a quiet breakfast joint - but as soon as the sun sets, it becomes Skala’s most popular night bar with soul and rock music late into the evening. Bar-hopping isn’t off the table either - head to Fix or Ginger for a finely whisked cocktail and people watching. Put your dancing shoes on and let the fun begin!

Where the old meets the new and the ascetic meets lavish, Patmos will have you spoiled with options when it comes to deciding where to moor for the day. If it really was the end of the world, we wouldn’t mind spending it here, especially on one of these fabulous beaches.

Although John the Evangelist spoke of final days, Geranou Beach tells the story of the beginning, or more specifically, the garden of Eden. The endless stretches of fine sand are lined with viridescent nature, olive groves, and pine trees. The sea is so clear, you can admire the underwater world without ever leaving your luxury charter yacht, and yet somehow, it never gets overcrowded. Well-protected from the Aegean meltemia winds, Livadi Geranou is quite popular among yachties who come to admire the alluring beauty of this hidden jewel. You’ll find some drinks and refreshments in the nearby taverna, while in spring, you’ll find a rare orchid meadow full of colorful blossoms.

The most organized beach on the island, just 9 kilometers from the main town, Kambos is a great spot to test out your charter yacht’s water toys, and windsurfing, sailing, paragliding, and canoeing are popular activities enjoyed here. The long shingle beach has completely transparent seas and you’ll find some shade under thick trees that add a serene appeal to the stunning Patmos beach.

Perhaps the island’s most famous beach, Skala offers a seductive environment and great tourist facilities. The water is incredibly clean and glittery despite how near it is to the port - the views of which contribute to the grace this lovely small beach has. A great option when your entourage wants to hit the town, while you feel like you still yearn for another swim after a full day of cruising.

Don’t forget to fully load your camera before you come, because Petra is unlike any other beach you’ve seen so far. The citrine-colored beach has natural sculptures of unique shapes, backdropped by intensely hued azure seas. Nearby, you’ll find Plaki, a sandy beach popular among nudists, after which there’s a loop of hidden coves and beaches.

Adored for the charming environment, lush nature, and golden sand, Meloi is a great place to have some fun with little ones. Because of its proximity to Skala, it does get pretty crowded in peak summer months, but some parts still offer a more tranquil vibe. Yachties visit too, because the shallow water mooring allows simple boat access, and the number of facilities make it very easy to spend the entire day here.

If we had to choose just one beach to visit in Patmos, it would definitely be Psili Ammos. Secluded, private, and overall dreamy, this hidden bay has everything you’d want from an exotic beach, including dunes that infuse this oasis with mystery. Tamarisk trees provide shade, and the sea is completely transparent because there are almost no people here to spoil the bay. It could easily be mistaken for a Caribbean beach and has some of the most dazzling looks of all Greek beaches.

Are you looking for a family-friendly taverna or plan to go all out for a special occasion that’s coming up? Whatever the case, you’ll find your perfect spot in the seemingly never ending choice of both traditional tavernas and swish restaurants that offer a culinary journey for all senses.

A restaurant that enjoys something of a cult status on the island, Benetos is a place to tickle your tastebuds in a hidden garden that overlooks the sea. Book a table well in advance, because the restaurant is quite popular and it can be notoriously difficult to get seated.

While dining here, you might even stumble upon a few celebrities, many of whom swear by the stuffed zucchini blossoms and black risotto served here.

This restaurant in Grikos Bay offers some fabulous seafood dishes, but the main reason to book a table are the mouthwatering desserts that will have you coming back for more. A fine dining experience by the sea, Apocalypsis Restaurant is the ideal choice for a romantic dinner in a superb atmosphere.

Leave your moccasins in your yachts shoe compartment, because you’ll be dining so close to the sea, it’s best to go barefoot. To Tsipouradiko Mas is located on Skala Beach and offers spectacular seafood and traditional dishes that are really out of this world. The wine list will satisfy any aspiring sommelier and the saganaki is simply to die for. 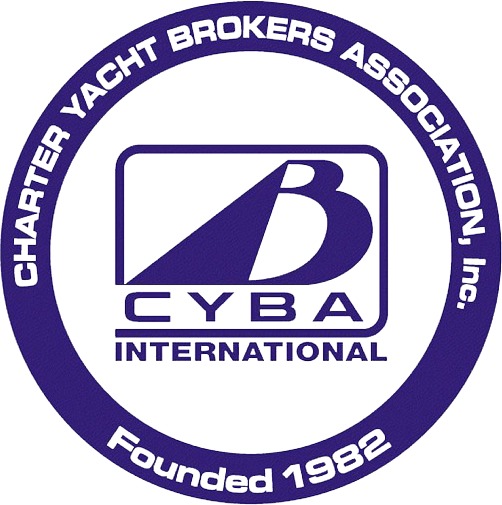